3D models can take up a considerable amount of resources in a live 3D environment. To help ensure a high quality experience for all users, restrictions have been applied to all 3D Model imports.

3D models imported into iSee must be within the size restrictions described below. These restrictions are explained in greater detail below, as well as a short guide on how to view your model's details.

The file size limit is a screening limit to prevent users from having to wait for the importer to determine that a model exceeds the limits as a model that is larger than 25MB will most likely exceed a limit.

Textures can very quickly take up your computer’s graphics resources, as well as their memory resources. It also affects network resources as it contributes to the file size of the model people have to download during a session.

This can all affect the performance of a user's computer, which is the purpose of the following limits.

The texture pixel limit is to prevent models with large textures.

The texture byte limit is to prevent models with too many textures.

The texture byte limit can be a bit confusing as it does not necessarily correspond to the size of the texture file on your computer. It is actually the amount of memory the uncompressed texture takes up when the model is in the environment.

This has been calculated to accept roughly two 2048x2048 (or equivalent pixel count) textures, but it also allows for up to eight 1024x1024 (or equivalent pixel count) textures. The reason a model might have more than one texture is beyond the scope of this document, but it can be useful to know if your model is hitting the byte limit without hitting the pixel limit.

A 3D Model is made up of one or more meshes. A mesh is made up of a series of points (vertices or “verts”) which connect to make up all of the faces of a model. These faces are usually defined in triangles (commonly referred to as “tri’s”) for optimization purposes. 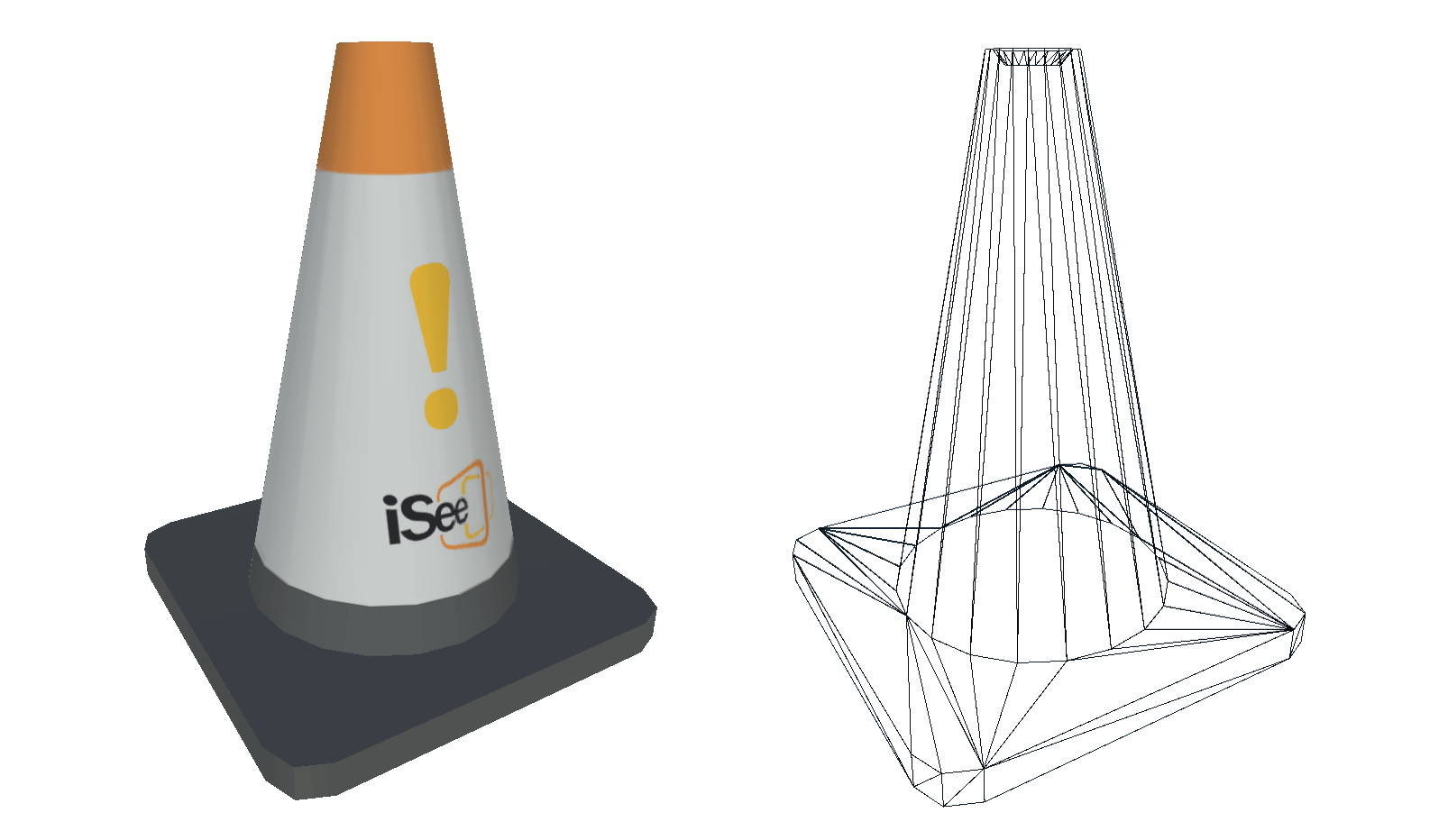 All of the vertex and triangle information is sent to the computer’s graphics component roughly thirty times a second (in the iSee application) to be transformed into a 2D image for your monitor.

Large models, as well as many little ones, can affect the performance of your computer, which is the purpose of the following limits.

The amount of models you can have in a session is set to 300 by default, again, this is a safeguard for performance.

How to view your model details

The easiest way to view your model’s details is to open it with 3D Viewer. 3D Viewer should come already installed on Windows machines, but if you don’t have it, it can be found for free on the Microsoft store.

3D viewer should be the default program when double clicking on a model file. If it isn’t, you can set it to be by right clicking a model then selecting Open with > Choose another app

Select 3D Viewer and ensure “Always use this app to open <file type> files” is checked. 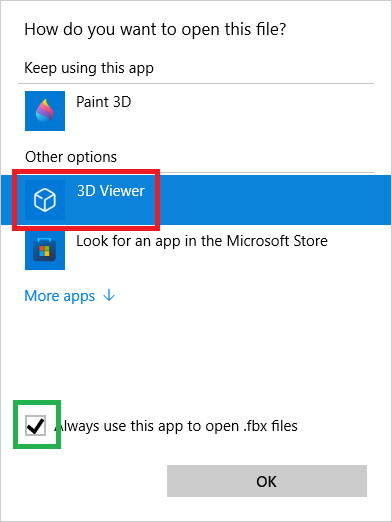 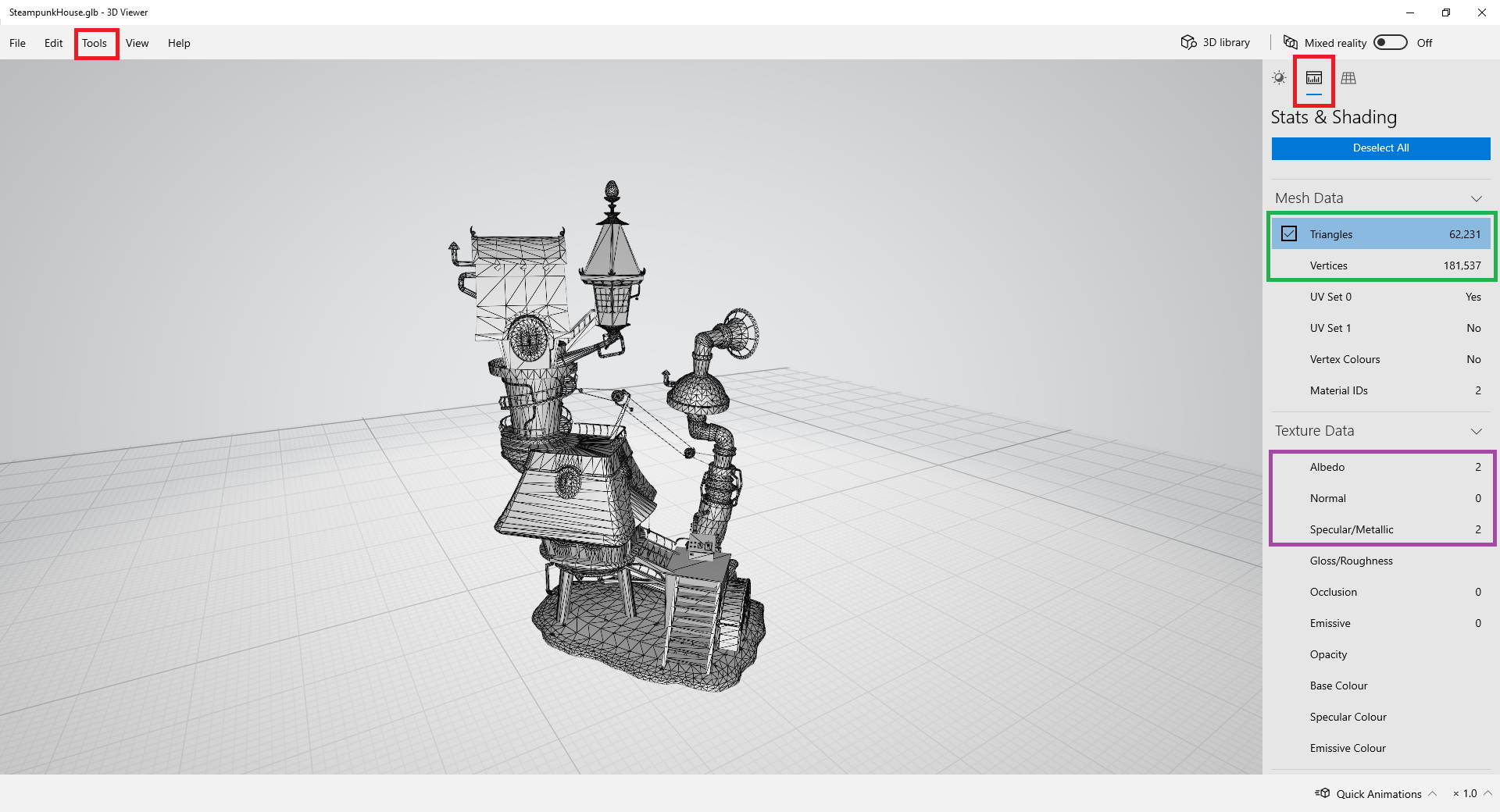 The Mesh Data you will be looking at is the Triangles and Vertices. The numbers here should roughly correspond to the resulting import in iSee.

It is worth noting that the import process sometimes performs optimisations to the mesh. These optimisations are for the game engine, not the model. This means that the triangle and/or vertex count can go up or down a bit when imported into iSee, so these numbers may not represent the imported model exactly, but they should be fairly accurate.

The Texture Data is a little less useful in 3D Viewer. The only information it gives you is how many textures the model has. As mentioned in the “Texture byte limit” section, a model can have multiple textures, but they can be various different sizes. As a general rule, the less textures you have, the more likely it will be that the model can be imported.